Donald J. Trump, as stated in the last page, did very well in business and enterpuernership before deciding to run for President. Being 69 years old at the time, he is one of the oldest presidents to ever enter office. He's never held any politcal position before this, which led to many, mainly liberals, to doubt him and call his campaign a complete joke. They also claimed that once he got the nomination from the Republican party, that the race was already over. They were dead wrong. On this page, lets take a look at some of Trump's memorable moments during his campaign, and perhaps what we might have missed that helped him score the impressive vicotry. 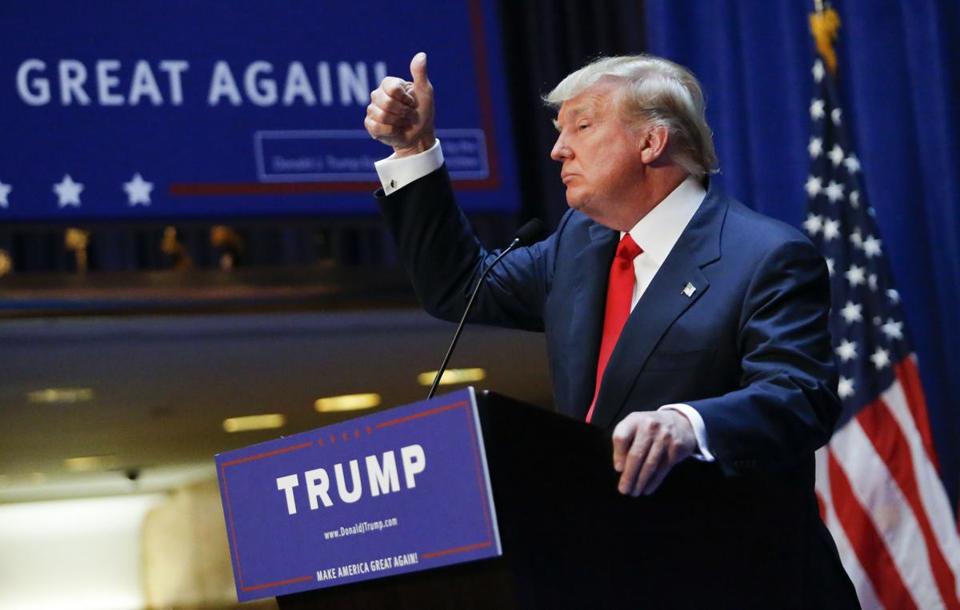 The Beginning of the Long Journey

Trump annoucned to the people of America, and the world, that he'd run for president on June 16th, 2017 (The day before my brithday :P). We talked a lot on major political matters such as Illegal Immigration, America's Trade Deals & Infastrcuture, China, Obama, etc. At first, people believed this was an attempt for Trump to show off his wealth to the world by simply running. Lots of people simply brushed him off, saying he had no chance of winning at all. There were, however, his early supporters that were with him since the beginning. They truly got the last laugh. Many online memes were made of Trump's speech, and they were pretty funny. This, however, would later lead to Trump gaining more attention and what some call a "meme revolution",mainly over the internet's favorite frog, Pepe, that got branded a symbol of white surpremacy. People on the social media site Reddit following the subreddit, r/The_Donald, claim the will of memes was on Trump's team since the beginning. This goes to show lines were about to be drawn for the Republican Party. Their were a lot of Republican Candidates besides Trump. Some memorable ones include Ted Cruz, John Kasich, Mike Huckabee, Jeb Bush, Marco Rubio, etc. But something about Trump made him stand out from all of them. Besides Carly Fiorina, the ex-CEO of HP, Trump was the only one to not have any politcal experience. He showed a more aggressive way towards policies that Policticans would never say in front of the public eye. He consistantly mocked his opponents throughout the Primaries. For Jeb Bush, his campaign logo featured a ! point. Trump used this against Jeb, doing it as a sense of irony towards his low energy. He also called him out on Illegal Immigration policies. For Marco Rubio, Trump mocked him on his amount of sweat he showed when under pressure. He further mocked him by buying him and his team water bottles. And don't forget how Cruz was given the title "Lying Ted" by Trump troughout the whole campaign. Due to this intense mockery, Trump showed the US he was no normal Politican, and that he would do what it takes to get things done. 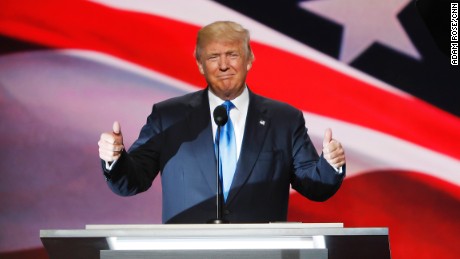 Donald Trump, against his competitors, won the republican primaries. Going against Ted Cruz, John Kasich, & Marco Rubio, Donald Trump brushed past all of them in the last few weeks of the primaries. It was on the last day of the Republican National Convention, he went before the crowd to deliver his speech. His speech lasted 75 minutes long, the longest its been since 1972. Lots of people, chanting things such as "Lock her up", showed big support for Donald and his long speech in front of the crowd. He went on to further express his views that always seem to get the Democrats angry at him. Many liberals at this point believed the election to be over from this point forward. As said before, they were dead wrong.

In the middle of Donald Trump's Campaign, a video from 2005 surfaced. While it never showed Donald Trump in person, his voice in the background says, "F*$# em by the p*@&%." This led to a lot of controversy regarding Trump's campaign. The Trump administration denied all claims made about the video, and called it an attempt to smear Trump. Trump counter-attaced with Bill Clinton and his past crimes for abusing women, and having his wife, Hilliary Clinton, bully them as well. Before one of the debates, Trump brought forth ladies who had been abused by Bill Clinton, and the talk of the video almost immediatly ceased. 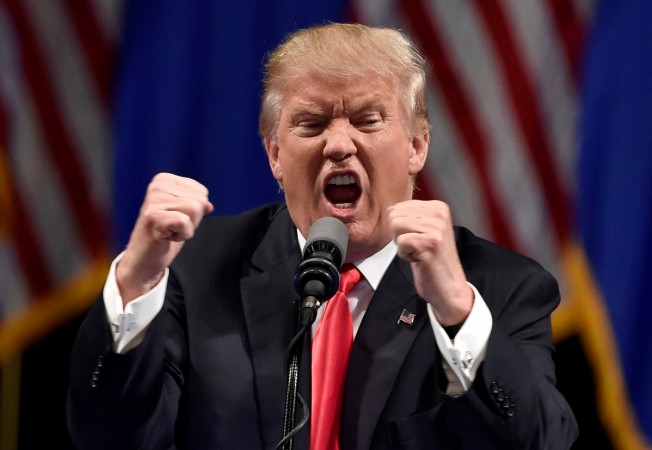 On November 9th-10th, 2016, Donald Trump, in an unpreidcted turn of events, wins the election by a LARGE margin. People around the world were shocked, in both a good & bad way, at what happened that night. As very liberal news networks (CNN, MSNBC, etc.) began reporting states for candidates, they seemed to slowly fall into insanity. As the day before some seemed smug, seeing that Donald couldn't win, but in front of their eyes, he proved them wrong. One of MSNBC's Commentators, Rachel Maddow, said and I quote, "“You're awake by the way,” she told the camera, deadpan. “You're not having a terrible, terrible dream. Also, you're not dead and you haven't gone to hell. This is your life now.” Celebrities began to voice their angry and sad concerns over the election. Despite all this, Trump supporters (Such as myself) cheered as they had achieved the impossible against the liberal machine. And while since then their have been many protests done by liberals who can't seem to accept the result of a democratic election, Trump is going strong as the 45th President of the United States of America.